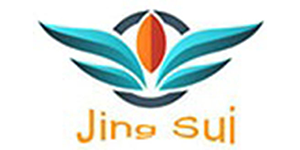 Home01 Category evolution: from pearl milk tea to new tea drink
About Us
HOT PRODUCTS
The name of pearl milk tea is a little bit of artistic conception, but after that, Taiwanese began to name it more and more.

For example, in 1988, a milk tea vendor named "grasshopper" on Hai'an road in Tainan City enlarged the powder round particles in the milk tea, and then drew inspiration from ye Zimei, a well-known Hong Kong action film actor in the 1980s, and gave him a very fierce Name: "Boba milk tea".

Some businesses are more wild, making the round powder into the size of frog eggs, supplemented by fresh milk and condensed milk seasoning, with a more tiger wolf Name: "frog Baoer Nai". It is worth pondering over the level of spiritual civilization construction of the masses in this southeast province.

No matter what the name is, it can not hinder the simple innovation of "milk tea + powder round", which has established the dominant position of desktop milk tea at the turn of the century. After a large number of chain stores opened in Taiwan, milk tea brands such as leisure station, quick stand, quick three seconds and 50 LAN began to cross the Strait and open stores in the mainland [5].

In 1997, Kuai Keli entered the mainland to develop direct stores and became the first authentic "Taiwan milk tea shop". The new way of eating quickly triggered the flow of people and attracted a lot of gold diggers. A large number of milk tea brands have sprung up in China: Big Taipei, big CASS, tea storm, happy lemon, thumb and so on. The lemonade and shaoxiancao at the school gate have also solidified a large number of post-90s youth.

How much influence does pearl milk tea have? In 2016, Hillary Clinton, who is fighting trump hard in the presidential campaign, went to a Chinese milk tea shop in flushing, New York with her team in order to win the Asian American vote. She ordered a glass of pearl milk tea and drank it freely. She even said four "good" and said that she "likes the combination of milk and tea very much" [10].

Hillary or Tucson - in fact, most of the "pearl milk tea" has neither milk nor tea in it.

In order to expand rapidly, pearl milk tea is becoming more and more easy to copy in the evolution, and the grade of raw materials is becoming lower and lower. A cup of pearl milk tea is made up of cream, pigment, essence, cassava flour and tap water. The most important ingredient is milk essence.

Creamer is scientifically called zhizhimo. Its main component is hydrogenated vegetable oil. This kind of material is milky white and has strong milk aroma. Adding it into tea can make a cup of milk tea taste smoother and milk aroma more obvious. And the most important thing is, compared with real fresh milk, the cost of cream is very low.

Although the 70percent gross profit rate is higher than that of Haitian, Yili and Tsingtao beer, it does not include the biggest rent and labor cost. Therefore, although a cup of milk tea looks like a huge profit, opening a milk tea shop is still listed as "the three magic weapons for literary youth to return to poverty" together with opening a coffee shop and a flower shop.

However, the "milk tea" blended with milk essence and tea can not be integrated, and will be separated after standing for a short period of time, so it needs a kind of food additive "clouding agent". The legal clouding agent is prepared from palm oil and other natural oils, but it has poor stability and short shelf life.
As a result, smart businessmen found that replacing clouding agent with industrial plasticizer not only had good effect, but also had low cost [3], which was the root cause of "plasticizer incident" in Taiwan in 2011.

After 2011, the negative reports of the milk tea industry were overwhelming, and the pages were full of stimulating words such as "rubber pearl", "milk essence", "additive" and "plasticizer". All of a sudden, pearl milk tea became "something to cheat children's money", and its sales fell to the bottom.

Just like the melamine incident, clenbuterol incident, bodybuilding pig incident and other food safety issues, every industry change is an opportunity for industry supply side reform. After the plasticizer incident, "new tea" began to rise.

Although both can be called milk tea, "pearl milk tea" and "new tea drink" are two distinct products, and they are even different businesses. The "new tea drink" represented by Naixue's tea and Xicha is characterized by both milk and tea.

In the past, the bottom of tea was mostly made by powder or bucket, but now it has been upgraded to instant tea that can be changed every four hours, and canned fruit has been upgraded to grapes and strawberries that can be peeled manually. The supply chain and artificial difficulty have increased exponentially, and the unit price of milk tea has also entered the era of more than 20 yuan overnight.

Whether it's fresh fruit + tea, fresh fruit tea + cheese milk cap, or a cup of milk tea + a soft European bag, firmly grasp the super combination of sugar + fat + caffeine, so that new tea drinks can quickly replace pearl milk tea and become the favorite of young people in the first tier cities.

In 2017, joy tea opened its first store in East China in Shanghai People's Square. On the day of opening, hundreds of customers were divided into six long lines in the hall, and the longest waiting time was up to six hours. In December 2020, chayan Yuese opened a shop in Wuhan, triggering an epic long line of more than 1000 meters. It took eight hours to get a cup of milk tea. A cup of tea that originally sold for about 20 yuan was also fried to 500 yuan.
Corresponding to the pursuit of consumers is the attraction of new tea to the capital market. Naixue's tea has just landed on the Hong Kong stock exchange, and the value of Xicha has soared to RMB 60 billion. Compared with the pearl milk tea, which can only be opened on the street as a "college student entrepreneurship project", new tea drinks have entered the shopping malls of the first tier cities, taking away the positions originally belonging to DQ and Haagen Dazs.

When you open the menu of new tea drinks, you often find a whole page full of beautiful things: oats, coconuts, pearls, fairy grass, strawberries, mangoes, oranges and bananas. Many middle-aged and old people born in 1980s often look confused when they see the menu: is this self-help eight treasures porridge?

But the secret of the rapid growth of new tea is actually hidden in the menu.